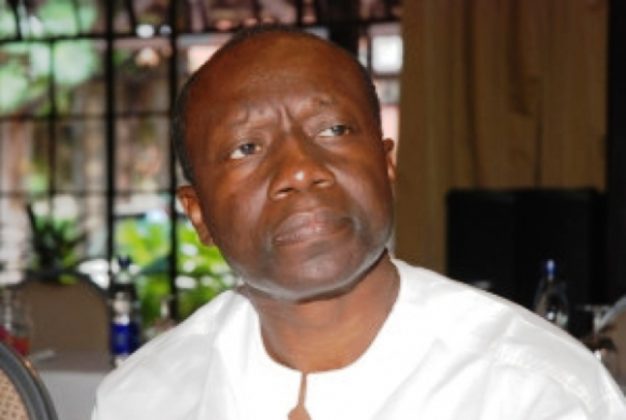 Mr. Ken Ofori-Atta, Minister of Finance, has said that Ghana’s hosting of the Secretariat of the African Continental Free Trade Agreement (AfCFTA) will create opportunities for the country to become the main trade facilitation and investment hub in Africa.

According to him, the Continental Free Trade Area – which will be largest trading block in the world with a GDP at about US$3trillion and a population of 1.3 billion – will begin the economic emancipation of the continent’s people.

Mr. Ofori-Atta made the point in contributing to a statement by Mr. Alan Kyerematen, Minister for Trade and Industry, on the Floor of Parliament in Accra, on the AfCFTA and Ghana’s selection to host the Secretariat.

The creation of single continental market for Africa had long been the dream of the founding fathers of most of the major countries on the continent.

The Abuja Declaration of 1991 by the Authority of Heads of States of the Organisation of African Unity envisioned the establishment of an African Economic Community. One of the building blocks for the establishment of this community was the creation of a Continental Free Trade Area for Africa.

The realisation of that vision of a single market did not materialise until the AU Summit of Heads of States and Government in January 2012, which formally endorsed the decision to establish an African Continental Free Trade Area. Since that decision was adopted, extensive preparations and negotiation have been carried out by member-states – finally culminating in the historic AU Summit decision in Kigali on March 21st, 2018, to formally conclude the first phase of negotiations for the Continental Free Trade Agreement.

Mr. Ofori-Atta also noted that since the days of Dr. Kwame Nkrumah and the work he did for the OAU, now African Union (AU), the AfCFTA is the first AU organ of importance that is coming to be hosted by Ghana.

He commended the purposefulness and unity in the approach to this by former Presidents of Ghana to make it happen, with a thumbs-up for President Nana Akufo-Addo for working hard to convince his colleague Heads of State to support Ghana’s bid.

Mr. Alan Kyerematen, in briefing the House, called on Ghana to leverage the opportunity to host the AfCFTA Secretariat and become the new commercial capital of Africa, a regional trade hub and economic epic-centre, as well as a new gateway to the continent.

He said hosting the Secretariat will promote Ghana as an attractive investment destination, and actively facilitate foreign direct investments into the country.

He also said hosting the Secretariat will provide opportunities to recruit many Ghanaian professionals and administrative staff to work in it.

Mr. Clement Kofi Humado, MP for Anlo, noted that the AfCFTA is going to be a game-changer in the sense that the existing north-south trade relations – whereby Africa trades more with Europe than within itself – needs to change gradually toward trade among African nations.

He said CFTA will help to catalyse the already existing regional blocks and push them into action to fulfil their regional objectives.

He also lauded President Nana Akufo-Addo, the Foreign Minister and the team for their lobbying skills to ensure that Ghana was selected to host the AfCFTA Secretariat in Accra.