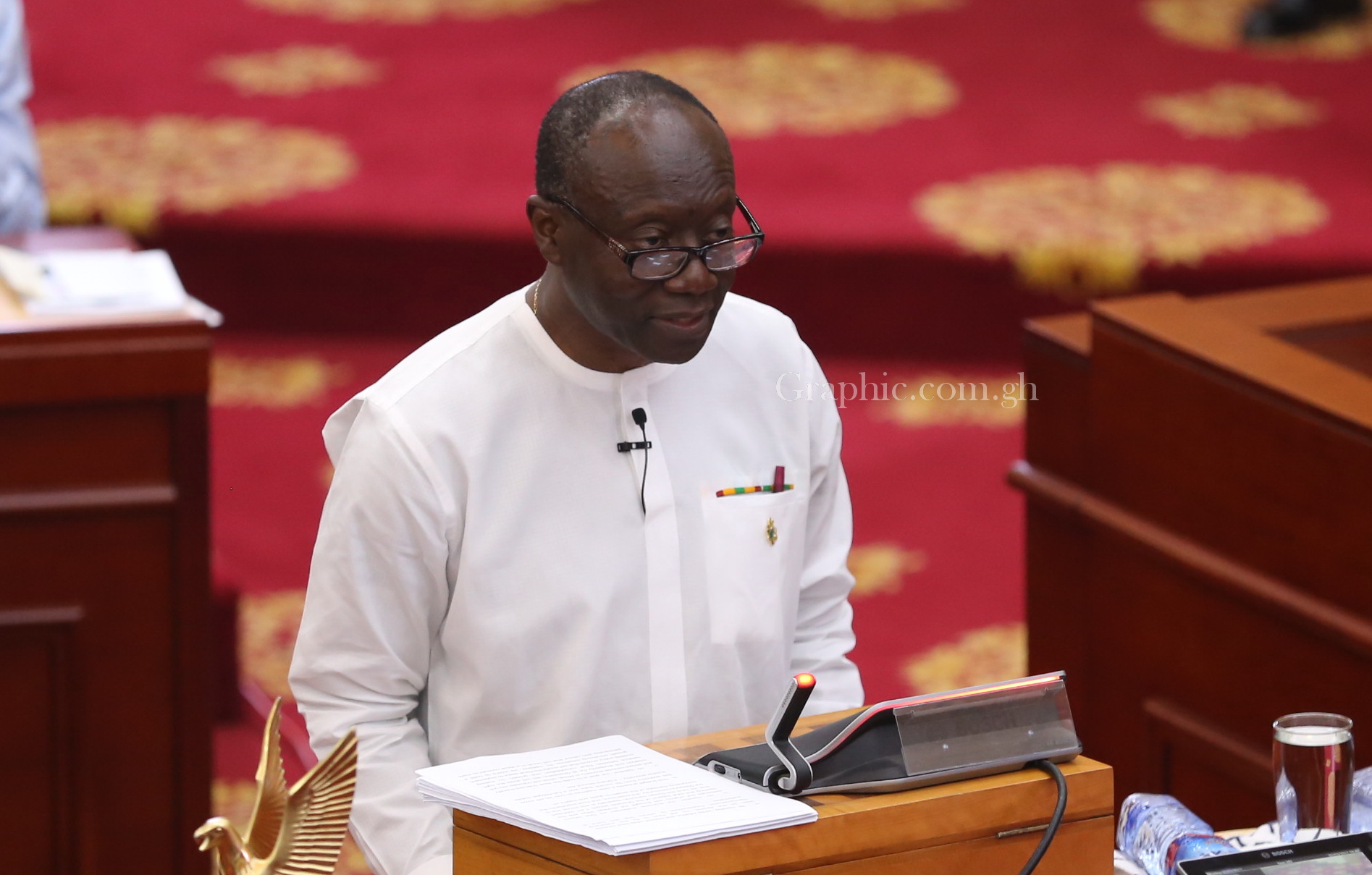 The Minister of Finance, Mr Ken Ofori-Atta, has bemoaned the rate at which Africa’s economies are growing, explaining that the pace is too weak to contain the bulgy unemployment situation on the continent.

He has, therefore, pledged to work with finance ministers and governors of central banks in Africa to devise a common strategy that “can more effectively support accelerated growth, transformation and job creation in Africa.”

Mr Ofori-Atta made the pledge at the opening ceremony of the 2019 African Caucus Conference in Accra on Thursday.

Ghana is hosting the conference for the first time since the caucus was established in 1963 on the theme: ‘Africa Beyond Aid: Enhancing Institutional Capacity and Innovative Finance for Sustainable Growth.”
He said although growth had resumed on the continent, “the pace is not fast enough.”

“It is not enough to provide decent job opportunities for our burgeoning young population,” said Mr Ofori-Atta who is currently the chairman of the caucus.

He explained that the current growth rate was also not encouraging enough to incentivise “the youth to stay here on the continent to contribute their talents rather than risking their lives on the perilous journey across the Sahara and the Mediterranean to Europe.”P

About 350 delegates from ministries of finance and central banks on the continent are participating in the three-day event which was opened by President Nana Addo Dankwa Akufo-Addo.

Other delegates were also drawn from development partners, including the African Development Bank (AfDB), the International Monetary Fund (IMF) and the World Bank.

This year’s conference theme is aligned to President Akufo-Addo’s vision of building a Ghana that is independent of aid from developed countries and development partners.

Mr Ofori-Atta noted that the target the delegates had set for themselves over the next two days was “ambitious and responds directly to Africa’s contemporary development challenges and opportunities.”

He said that ambition was informed by the fact that members of the caucus “can do no less than support the development agenda that presidents and heads of states of the continent are bravely championing.”

Consequently, he said the delegates would use the next two days to discuss the programmes and institutions needed to make ‘Africa Beyond Aid’ a reality.

“We will be focusing, in particular, on how to mobilise the Bretton Woods institutions to provide more effective support for Africa in pursuit of the vision,” he said.

This year the bank said growth was likely to pick up to 2.8 per cent “but still below the three per cent recorded in 2015.”
While that was encouraging, it said the growth rate lagged behind population growth, resulting in joblessness.

The Africa Development Bank (AfDB) estimates that of the 420 million young people in Africa aged between 15 and 35 years, “about one-third of them were unemployed, another third is vulnerably employed and only one out of six are employed with wages.”

It is estimated that about 70,000 young professionals emigrate from Africa every year.

Established in 1963 as the ‘African Group,’ the African Caucus was later transformed into its current name with the sole objective of strengthening the voice of African Governors in the Bretton Woods Institutions (BWIs) — the International Monetary Fund (IMF) and the World Bank Group (WBG) — on development issues of particular interest to Africa.

Its membership is open to all African countries that are members of the IMF and WBG.

The countries are represented by their respective governors at these institutions, commonly referred to as the African Governors, who are usually ministers of finance and economic development and governors of central banks.