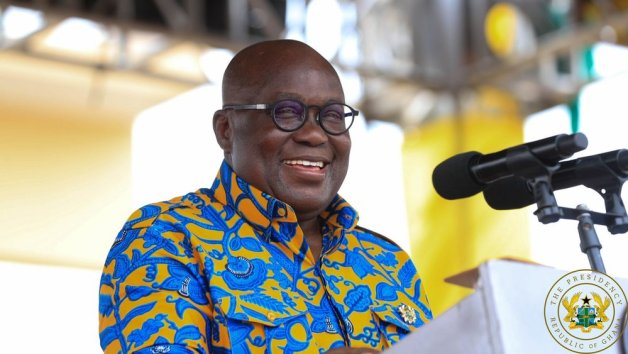 President Nana Addo-Dankwa Akufo-Addo has been declared the President-elect of the Republic of Ghana in a peaceful but rather fiercely contested general election. Chairperson of the Electoral Commission (EC) of Ghana, Dr. Jean Mensa, by her constitutional mandate, declared the incumbent yesterday evening.

The 2020 general election will go down in history as the most memorable, as it is the first ever election which saw an incumbent president face off with a former president – John Dramani Mahama.

The results declared by the commission shows President Akufo-Addo claim victory with 6,730,413 votes, which represents 51.59 percent of the total. His opposite number, former President John Mahama also secured 6,214,889 votes, representing 47.36 percent of the total, indicating more than 515,000 votes separated the two sides.

Both candidates went into the election with very audacious and ambitious promises, but it seems the implementation of the Free Senior High School policy by the incumbent gave him an advantage over his opponent, thereby, earning him the reward of another four-year term.

It is important to note that President Akufo-Addo will face a peculiar challenge that no president has ever faced since the inception of democracy. For the first time ever, the country’s Parliament has almost an equal number of seats shared between the two major parties.

Currently, out of the 275 seats in parliament, the ruling NPP has 137 seats confirmed and the opposition NDC has 135 seats confirmed, with two outstanding seats yet to be declared and the one remaining occupied by an independent candidate who was ousted from the NPP for deciding to go solo.

What it simply means is that the ruling party, legally, has no clear majority in Parliament. Hence, the President will face a rare challenge of trying to push his agenda through. The opposition NDC, on the hand, will now have a greater say in the decision making of the country, a situation which will both ensure checks and balances on government and at the same time can be used to frustrate the ruling party’s plans, should a policy need swift passage or a two-thirds majority by Parliament.

In his acceptance speech, President Akufo-Addo indicated that the results of the 2020 presidential elections show that the two major political parties must work together in the legislature for national development. “The Ghanaian people, through the results, have made it loud and clear that the two parties, the NPP and the NDC, must work together, especially in parliament for the good of the country,” he said.

Sounding magnanimous in victory, he appealed to all Ghanaians to join in the development agenda of the government to help put Ghana on the global stage as a developing nation. “Now is the time for each and everyone of us, irrespective of our political affiliation to unite and join hands, stand shoulder to shoulder and work hard to place Ghana where she deserves to be.”

A reminder of the reality

Now that the President has retained power for another term, it is important to remind him that Ghanaians are waiting for him to fulfil the sweet promises that won him the seat. But it won’t come easy for him as B&FT’s analysis show the economy is not in good shape to support such ambitious promises, largely due to the impact of the coronavirus pandemic on the economy.

The data showed every facet of the economy has been negatively impacted by the pandemic, thereby, affecting all macroeconomic targets. General economic growth is projected at 1.9 percent by the end of 2020, the slowest growth in nearly four decades, against a pre-pandemic target of 6.8 percent – a sure indication of the extent to which the pandemic has devastated the economy. In fact, for the first time since 1983, the economy saw a contraction of 3.2 percent in the second quarter.

The real sectors of the economy, namely agriculture, industry, and services have also not been spared the destructive power of the pandemic. Agriculture was the only sector which was not completely destroyed by the pandemic in the second quarter of this year, as it grew by 2.5 percent. Industry and services, on the other hand, both experienced contraction of 5.7 and 2.6 percent respectively.

The country’s public debt is also an area of great concern as it has mounted to more than 71 percent of GDP as of the third quarter. Budget deficit is also expected to widen to 11.4 percent at the end of the year from a projected 4.7 percent. Then, total revenue and grants have been revised to 13.9 percent of GDP in 2020, representing a 20-percentage point decrease over the original 2020 budget target.

These are but just a few reminders of the economic indicators that the President will have to contend with in his next four years; and it surely depicts his next term won’t be relatively easy as he had during the pre-pandemic period.