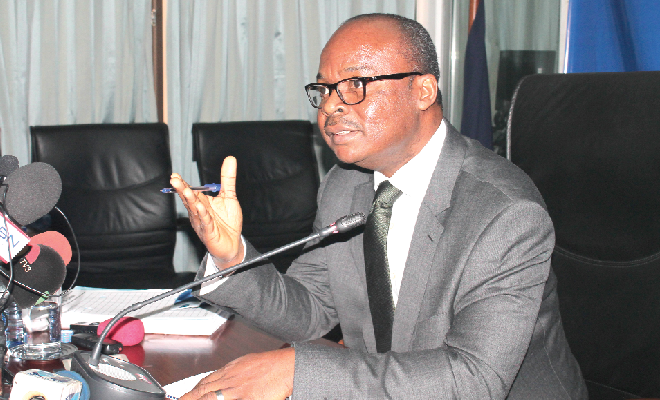 Banks will require more than the new capital requirement of GH¢400 million in order to meet the minimum capital adequacy ratio (CAR) under Basel II & III.

Although most banks have announced that they are close to meeting the new capital requirement before December 2018, the implementation of Basel II&III is expected to have serious implications on the CAR of banks in the country, which may force some of them to look for additional capital beyond the current GH¢400 million threshold.

This is because the new Basel framework requires a new minimum CAR of 13 per cent, up from the current 10 per cent.

Speaking to the GRAPHIC BUSINESS on the sidelines of its Facts Behind the Figures, the Chief Financial Officer of CAL Bank Limited, Mr Philip Owiredu, said the CAR of banks was a more important index than meeting the new capital requirement since the CAR was what monitored the solvency and liquidity of banks.

“Aside from the recapitalisation, there is something that should be more important to banks and needs to be talked about, which is the implementation of Basel II & III which will come into effect on July 1.

“Some people think that the moment you meet the GH¢400 million then you are fine, but we will have certain banks who might need as much as GH¢600 million when they apply Basel II and III because it might force them to go below the minimum capital adequacy of 13 per cent,” he explained.

Mr Owiredu said it was also most likely that some banks would go to the market again in 2019, even after meeting the new capital requirement of GH¢400 million to raise additional capital in order to support their growth due to the implementation of Basel II&III.

“If you plan your capital very well, based on the structure of your balance sheet and looking at the growth that you want, it is most likely that you will have to go back to the market to raise some more capital,” he stated.

Also speaking in an interview with the GRAPHIC BUSINESS, a Banking Consultant, Nana Otuo Acheampong, said not only some but all banks would be affected by the implementation of the Basel II & III as it would lead to a dip in the capital buffer of all the banks, making it difficult for them to meet the 10 per cent plus three CAR requirement.

He said the country could, however, learn from the UK example where the banks were given an extended period of time to meet the CAR.

“In Europe, they have given them five years for that to reflect,” he stated.

“There will be a mid-year review by the Bank of Ghana where all the banks are supposed to submit their capital plan to the regulator by the end of June and I hope this issue will be addressed,” he added.

Although total assets for the same periods grew from GH¢83.7 billion to GH¢95.1 billion, representing a year-on-year increase of 13.7 per cent, the non-performing loan ratio which also grew from 17.7 per cent to 21.6 per cent for the first quarter impacted on the growth of the CAR in the industry.

Basel II & III are a focused set of qualitative and quantitative requirements to effectively monitor and proactively manage the risk profile of financial institutions.

The new requirements consider the capital ratio approach as the metric to monitor the solvency of financial institutions.

However, they modify the calculation process by changing the definition and components of the capital ratio, as it requires institutions to hold more higher-quality capital.

Their implementation is expected to lead to enhanced regulatory capital requirements, stricter capital composition, changes to the treatment of deductions, increased perimeter for risk-weight calculations, new standards for managing and measuring liquidity risk and a more comprehensive disclosure and reporting frequency requirements.