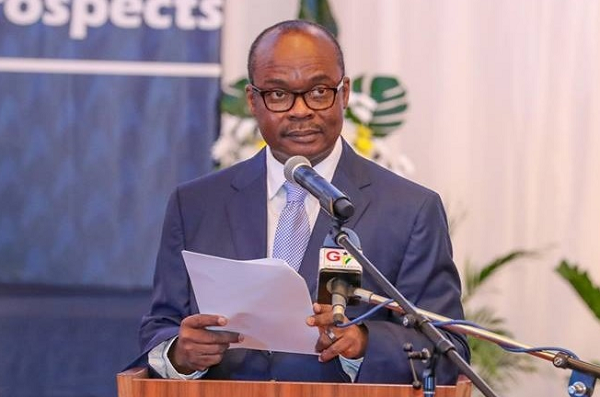 The Central Bank held its key lending rates for Commercial Banks at 17 per cent, the third time this year.

The development could largely result in little change in the cost of credit in the country.

Speaking at a press conference in Accra, Governor of the Bank of Ghana, Ernest Addison cited threats to economic growth for the move and therefore want to be careful with any monetary policy action that it takes.

Developments in the banking sector

According to the governor, 22 banks have currently met the minimum capital requirements, but he was optimistic that most of them would meet it.

He added that two per cent of the banks in the country are currently in talks to merge before the end of this year.

The Governor of the Bank of Ghana argued that even though a lot is being done to firmly stabilize, long-term sustenance would largely depend on fiscal measures as well.

According to the 2019 Budget, the local currency has depreciated by a little over seven per cent ending October this year compared to the same period last year.

Figures picked up from major banks in forex market shows that the cedi is currently trading at around 4 Ghana cedis 90 pesewas to one dollar.