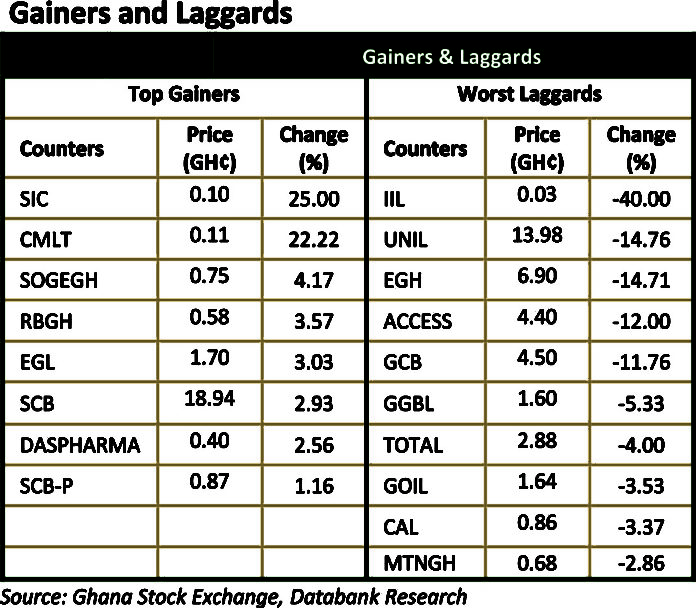 The country’s already struggling stock market has not been spared the impact of deadly coronavirus pandemic as a report by Databank Research shows that significant value has been wiped off the market once the first case was recorded in March.

The report, which analyses the economy for the first quarter, shows the market saw its lowest turnover in March with a contribution of 14.8 percent compared to 56.5 percent recorded in January and 28.6 percent in February this 2020.

The price-to-earnings (P/E) ratio, i.e, what determines the market value for stocks on the trading platform, remains grossly undervalued at 5.58x on a trailing 12-months basis, which is significantly lower than the historical average P/E of 11x. What it means is that, previously, investors, on average, were willing to pay 11 times the price of a stock for a company’s earnings; but now they are willing to pay only 5 times for it due to falling.

Again, out of the 33 counters traded within the first quarter, only eight recorded price appreciations while 13 made losses. Unilever led the decliners on the mainboard, going down by 14.76 percent. Even the banking sector, which is the most actively traded sector on the bourse – was not spared the whips of pandemic. Ecobank Ghana recorded the worst performance in the sector, shedding off 14.71 percent of its capitalization during the quarter.

Further, the report adds, the Ghana Stock Exchange Composite Index is expected to close this year with a loss of 12 percent or even lower as the pandemic is envisaged to dominate market sentiments until there is clear visibility on how it will be contained and the extent on its direct economic impact is determined.

“Our pessimism is inspired by expected weak corporate earnings in most sectors in view of Covid-19 and its negative impact on economic growth. We expect the more economically-sensitive sectors such as consumer discretionary to be the worst hit as consumer demand weakens on possible job losses and restrictions on movements of people.

The profitability of the traditionally defensive sectors on the GSE such as the oil marketing sector would likely be adversely impacted due to the weak demand for white fuel products even though the Oil Marketing Companies (OMCs) could be among the beneficiaries of low crude oil prices. Banks could also see earnings squeeze due to declining interest rates and as the impact of COVID-19 pandemic feeds through NPLs,” the report said.

Another development that will further dampen investor confidence, according to the report, is the perceived risk associated with the upcoming Presidential and Parliamentary election in December 2020.

The Ghana Stock Exchange has seen a poor run for the past two years. In 2018, the Composite Index recorded a loss of 0.29 percent and 12.25 percent in 2019. Total market capitalisation also declined by 7.11 percent year-on-year to GH¢56.7 billion.