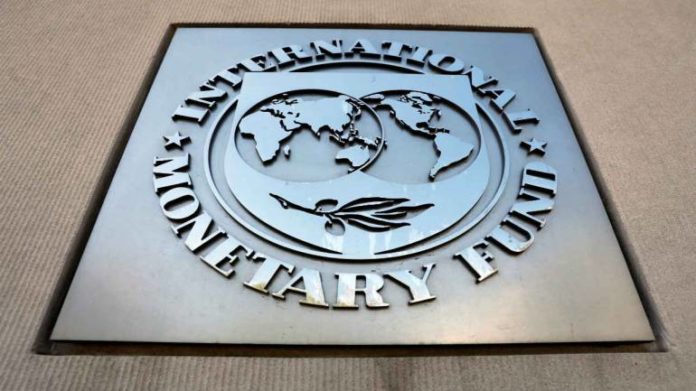 The International Monetary Fund (IMF) has endorsed the country’s economic performance and future outlook, describing it as “favourable” despite concerns expressed over the rising debt stock.

According to IMF head of mission, Carlo A. E. Sdralevich who alongside his team are in the country for an Article 4 consultation on Ghana’s economy, it still remains favourable.

The delegation met with the Finance Committee of Parliament as part of its mission on Wednesday, October 9, 2019.

The discussions centred on macroeconomics, revenue, taxes, inflation, monetary policy, and the financial sector clean-up, among others.

In spite of patting government on the back, they also raised concerns over the country’s debt stock.

The country’s total debt stock has hit GH¢205billion as at July this year. This was contained in the September Bank of Ghana summary of financial and economic data.

Addressing the media after the meeting, Dr. Assibey-Yeboah, Chairman-Finance Committee of Parliament, disclosed the IMF is impressed with management of the economy post the country’s three-year deal with the Fund

Dr. Mark Assibey-Yeboah, explained that “the country’s debt situation is not refreshing and so it has to be contained. But our financial position now, if you compare it to where we were previously, I think there are concerns generally about the debt situation; but you have to be mindful of the fact that the banking sector clean-up is estimated to cost GH₵16billion. The take or pay contracts that we have for 2019 alone is also costing about GH₵5billion – all of these are adding to the debt.

“They said the macroeconomics situation remains favourable. Those are the words of the mission chief. They said the projected GDP growth for 2019 is 7%. Even though it has been reduced from the original 8.8% GDP, it is expected to grow at 7%. Inflation is now at 7.8%, and if you look at the trend over the past 13 months or so it’s not expected to rise,” Dr. Assibey-Yeboah stated.

Dr. Assibey-Yeboah further disclosed the IMF team praised Ghana for the smooth nature in which it has undertaken the banking clean-up exercise.

“As regards the banking sector clean-up, what I gathered from them is that the whole process has been smooth – and it really amazes them. For you to resolve all these banks, microfinance institutions within a short period and still have financial stability, those at the helm must be doing something fantastic. They must be doing something amazing,” he added

The New Juaben South Member of Parliament also assured that the Akufo-Addo administration will not introduce any new taxes or review upward existing ones in the 2020 budget.

According to him, government is sensitive to the plight of Ghanaians and will not embark on any exercise that will visit hardships on them.