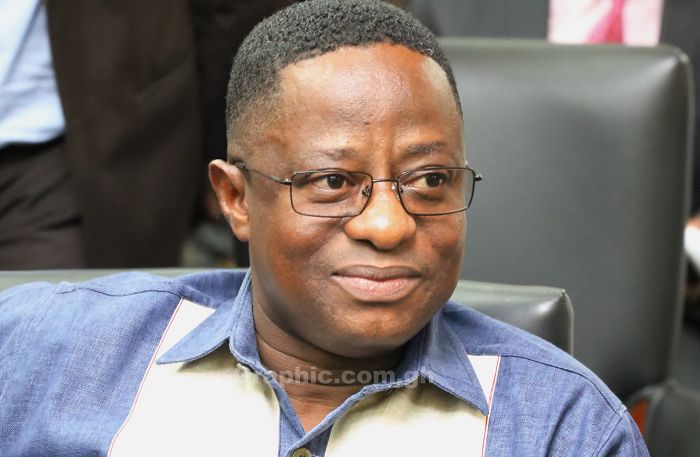 The programme also ensures that only electricians certified by the Energy Commission are allowed to undertake electrical wiring on any property in the country.

Taking his turn at the meet-the-press series in Accra yesterday, Mr Amewu said additionally, a mobile application had been developed by the Energy Commission to make it easy for property owners and estate developers to find certified electricians across the nation.

He said the programme, which was introduced five years ago, was backed by the Electrical Wiring Regulations, 2011 (LI 2008), which is to ensure that licensed electricians use standard and quality materials for wiring.
Meanwhile, he said, about 100 violators of the electrical wiring regulation had been penalised.

On recent power outages, Mr Amewu explained that they were as a result of the upgrading of some transmission lines of the Electricity Company of Ghana (ECG).

He explained that the recent power cuts had nothing to do with management problems and said it was a technical issue, adding that sometimes delays in transporting light crude to power plants led to intermittent power outages.

“What you see happening, which we are largely addressing, has to do with technical issues like upgrade of transformers, upgrade of high tension lines and sometimes we have to shut the lines down for some maintenance activities to be done,” he said.

He said consumers could attest to the fact that there had been significant improvement in power supply, adding:

“For this short period, we have got used to constant power supply, to the extent that even five minutes of power outage makes one complain.”

The government, Mr Amewu said, was working assiduously to position the oil and gas sector as the best market for investors by adopting measures such as a road show to promote the industry globally.

“This is to derive large pools of capital into oil and gas and the energy sector, especially as Ghana will experience the conduct of the first licensing rounds for the award of blocks in 2019,” he said.

He explained that that was to promote transparency in the management of oil and gas resources and ensure domestic accountability.

As of September 2018, about 600 indigenous Ghanaian companies were participating in the upstream petroleum industry, with a total $799 million worth of contracts awarded to them.

In addition to that, Aker Energy, under its local content obligation, awarded contracts worth $40.3 million to joint-venture companies.

Mr Amewu said 75 per cent of people working in the upstream petroleum industry were Ghanaians.

He said some unscrupulous petroleum service providers were taking advantage of price disparities following the deregulation policy to engage in illegal fuel supply.

He said they engaged in illegal imports through unapproved routes and dumped export-declared products in retail outlets in Ghana.

They also diverted premix fuel from original destinations at landing beach sites and under-declare volumes of fuel supply lifted from various depots in the country, he said.

Mr Amewu said the ministry, in collaboration with some security agencies, arrested some suspected petroleum service providers and their vehicles and other equipment confiscated.

To curb the phenomenon, he said, the ministry was collaborating with the Ghana Maritime Authority and other stakeholders to monitor and regulate oil tanker activities at sea to check smuggling.