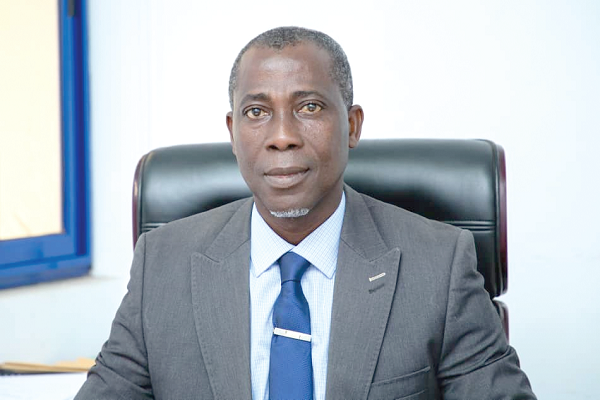 The Food and Drugs Authority (FDA) has declared zero tolerance for the importation of unregistered products.

It is estimated that 20 percent of products imported into the country are unregistered, a development the FDA believes compromises the health and safety of Ghanaians.

The food and drugs regulator has, consequently, notified importers that no unregistered imports will be allowed for clearance at the ports, effective February 1, this year.

The Head of Import and Export Control at the FDA, Mr Emmanuel Yaw Kwarteng, who disclosed this in an interview with the Daily Graphic, explained that sections 99 and 118 of the Public Health Act 2012, Act 851, prohibited the importation of unregistered products.

Mr Kwarteng explained that initially such products, on arrival at the port, either went through re-exportation, suffered destruction or seizure.

“But it became very difficult to implement this because of the volumes. So the FDA decided that if such goods arrived, they would be detained at the importer’s warehouse, but because of the sheer volumes, that also became difficult for the authority, coupled with the scattered locations of warehouses,” he explained.

He said the FDA had taken different measures to address the issue, but to no avail, for which reason it had decided to go back to what the law stipulated.

“So if you have not registered the product, do not bring it into the country because we do not have the capacity to monitor to ensure compliance,” he added.

Mr Kwarteng said when the FDA recently held a meeting with all the relevant stakeholders to find out why the situation persisted, “it came out that it was the registration fees, so the authority agreed to reduce the fees to encourage everyone wanting to import to do”.

“We also expedited the registration process; yet, unfortunately, it has not happened,” he said, adding that for the sake of the health and safety of Ghanaians, exporters must comply.

He warned that failure to adhere to the February 1 notification would attract sanctions in the form of fines, imprisonment or both, explaining that once the goods were in the country, it became difficult to monitor.

Mr Kwarteng, however, explained that even though the directive was expected to take effect from February 1, “we will look at the documentations following consignments, and any contract that had been entered before February 1, 2021 will still be allowed to come”.

He said those with new contracts should make sure they go through the process before importing.

He added that the FDA had reduced the cost of registration and on-site inspection and urged the business community to take advantage of that.

He explained that on-site verification was important to ensure that the company was competent to manufacture for Ghana, “so that we are assured of reliable and consistent quality from the country”.

He stated that the ban was to have been enforced in March 2020, but the outbreak of the COVID-19 pandemic required the FDA to revise its initial decision to February 1, this year.