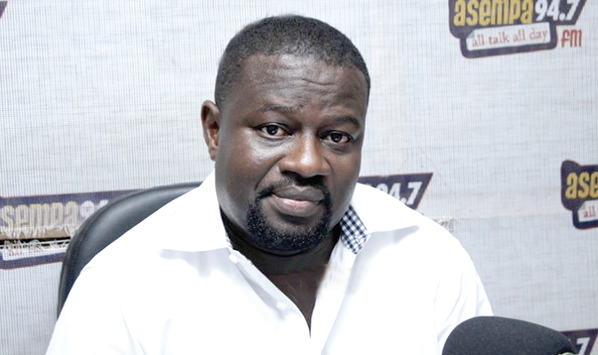 The Chairman of the Foreign Affairs Committee of Parliament, Mr Frank Annoh-Dompreh, has stated that the ratification of the African Continental Free Trade Area (AfCFTA) agreement by 23 African countries is a breakthrough that will expand the economy of Ghana and that of other member countries.

Describing the deal as the single largest trade agreement since the formation of the World Trade Organisation (WTO) in 1995, he said the agreement would boost trade volumes between member countries and Europe as about 90 per cent tariffs would be removed.

Mr Annoh-Dompreh told the Daily Graphic in Accra on Monday that the agreement would also increase trade volumes among African member countries as it would allow for free movement of goods and people on the continent.

Besides, he said, the agreement would deal with the conflict and yawning differences among African countries.

“It (the AfCFTA), is a dream come true. It is the best thing that ever happened to Africa. We have to buy into the agreement and do everything to support. It is the solution for our long held challenges of unemployment and conflict,” he said.

Africa has 1.2 billion population with a market value of more than USD$2.5 trillion.

The AfCFTA is a trade agreement between 49 African Union (AU) member states with the goal of creating a single market followed by free movement and a single-currency union.

On May 30, 2019, 23 countries signed the AfCFTA agreement, meaning it has come into force. The agreement will function as an umbrella to which protocols and annexes will be added.

Mr Annoh-Dompreh, who is the New Patriotic Party (NPP) Member of Parliament (MP) for Nsawam-Adoagyiri, said critics were of the view that the implementation of the agreement would not be successful because of the lack of infrastructure, differences among countries and the conflicts on the continent.

He disputed that claim and indicated that African leaders had demonstrated that they were ready to use the agreement to clear their differences, stop the conflict and build the infrastructure needed to derive the maximum benefit from the agreement.

“I am a positive person. A journey of 1,000 kilometres begins with the first step,” he said.

Mr Annoh-Dompreh said the journey was started by pioneering African leaders such as Ghana’s First President, Dr Kwame Nkrumah and his stalwarts.

He said the reality had now dawned on African leaders to speak with one voice to become a united and dominant trade block.

The legislator urged African leaders to support Ghana’s bid to host the AfCFTA since Dr Nkrumah began the concept “and his pioneering role cannot be undermined.”

Besides, he said, in terms of geographical proximity, Ghana was positioned as the centre of the world, while the country had shown leadership and was recognised as a trail blazer in African history.

Mr Annoh-Dompreh said Ghana was surrounded by Francophone countries and urged the leaders of Cote d’Ivoire and the other countries to rally behind Ghana.