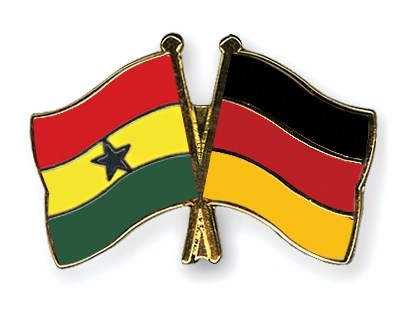 A German delegation, led by the Head of Division for International Relations at the Ministry of Justice, North Rhine-Westphalia, Mr. Ulrich Hermanski, last Thursday paid a visit to the Greater Accra Regional House of Chiefs (GARHC) to familiarise themselves with aspects of Ghanaian culture and traditions.

The six-member delegation was accompanied by an official from the Attorney General’s Department. The delegation arrived in the country last Monday and will visit historic landmarks as part of the tour.

The President of GARHC, Nii Okwei Kinka Dowuona VI, who received the delegation to the house on behalf of Ghana, expressed his pleasure in the decades long friendship existing between the two countries.

He also commended the group for choosing Ghana as a case study in chieftaincy affairs.

Nii Dowuona VI, who is also the Osu Mantse, said Ghana had rich traditions and cultures that were different among the various ethnic groups in the country.

The Registrar at GARHC, Mr. Samuel Yeboah-Menkah, took the visiting group through the traditional system of mediating in disputes and indicated that the house also dealt with issues affecting chieftaincy.

He said the house had employed the Alternative Dispute Resolution (ADR) approach to resolving cases including disputes among chiefs, adding that, unresolved issues were sent to court to be addressed further.

“The court takes over cases that are beyond our control, the supreme Court in Ghana is the highest after the Court of Appeal and we allow the court to take  its own course. Once a case arrives in court, the house does not interfere anymore,” he said.

Mr. Yeboah-Menkah further said that the house organised workshops and seminars for traditional rulers on the processes for enstooling chiefs in Ghana.

He said most people did not understand the installation and destoolment processes of chiefs hence the rampant disputes.

Mr. Hermanski appreciated the lecture and expressed Germany’s continuous commitment to work with Ghana for their mutual development.