Ghana is the star in IMF’s 2019 Economic Growth Forecast 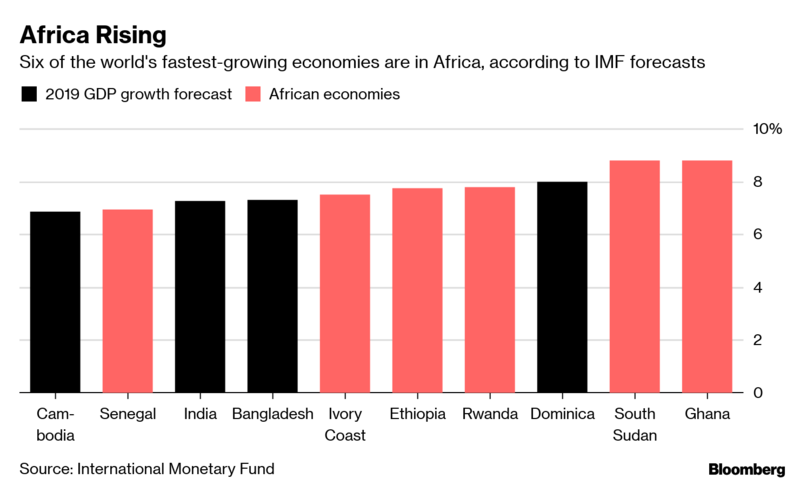 Ghana has been described as the Star in the International Monetary Fund’s 2019 Economic Growth Forecast.

A report by Bloomberg said Ghana will be the fastest-growing economy in the world this year, according to the International Monetary Fund.

The lender’s growth forecast of 8.8 percent for the producer of cocoa, gold and oil dwarfs the 6.6 percent median in a Bloomberg survey.