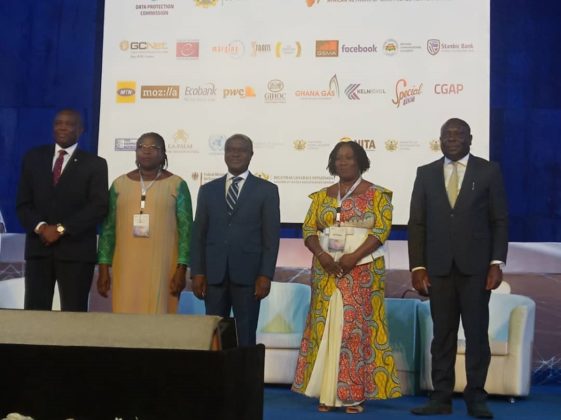 Ghana is to soon sign onto the Council of Europe’s Convention 108+ – also known as Convention for the Protection of Individuals with regard to Automatic Processing of Personal Data – Vice President Dr. Mahamudu Bawumia has announced.

The Vice President, in a speech read on his behalf by the Minister for Planning, Prof. George Gyan-Baffour at the 1st Africa Region Data Protection and Privacy Conference, said the move is part of efforts to ensure maximum protection and safety of data in the country, in line with internationally accepted practices.

“Africa is striving to benchmark the international best practice standards of the council of Europe convention 108+ in data protection. Currently, four African countries – Tunisia, Cape Verde, Senegal, and Mauritius – have signed onto the convention. Burkina Faso and Morocco have been invited to sign on. Ghana has an observer status and is preparing to sign onto the convention,” he disclosed.

Some of the key requirements of the instrument which present practical challenges to Africa as a region and require addressing include: Trans-border data processing, improving transparency, and autonomy of the supervising authority.

He noted that data protection regulations are amongthe surest ways of ensuring protection for citizens, companies and countries against the intended or unintended consequences of data leakage such as theft and reputational damage

He further stated that Ghana is currently one of four African countries and one of two English-speaking countries, apart from Mauritius, which have signed the African Union’s Malabo Convention on data protection.

The signing of these conventions, he added, is indicative of the country’s willingness to partner other nations on data protection issues: “We encourage our brothers and sisters in the region to do the same and support data protection across the continent as standardised processes in our countries”.

Among other things, he said, passage of the Data Protection Act 2012, Act 843, is meant to regulate the protection of personal data, and forms part of efforts to promote best practices on data protection in the country.

“Additionally, we have also established the Data Protection Commission to implement the law and guarantee data safety. It is a state policy and a legal mandate of the Commission to have only certified data supervisors to lead the establishment of organisational data protection and privacy programmes in the country,” Dr. Bawumia added.

The four-day conference, held from June 24 – 27, marks an important milestone in the roadmap toward promoting data protection and privacy laws in Africa. It was on the theme ‘A Conference in Africa by African Authorities Focused on Africa’.