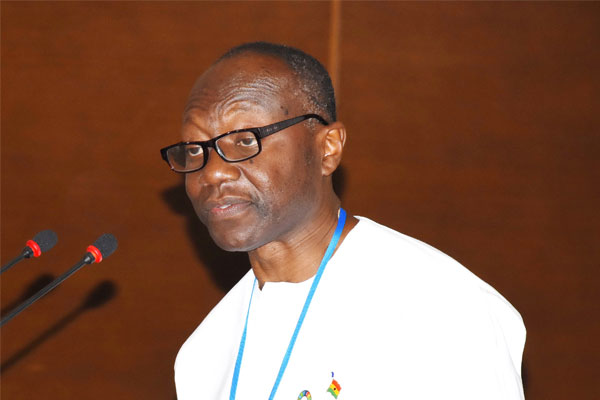 Ghana’s economy is now valued at GH¢256.6 billion after the rebasing of gross domestic product (GDP) based on measurements from 2013 instead of 2006.

This is the second time in less than 10 years that the Ghana Statistical Service (GSS) is rebasing GDP figures in the country.

The exercise is expected to present an accurate reflection of recent activities in the economy, especially with the coming on board of commercial oil production in the country.

With a bigger base in GDP, there also appears to be a borrowing space now for the government as it will reduce the country’s debt-to-GDP ratio.

There is, however, a negative implication too on the revenue side as tax-to-GDP ratio is also expected to drop, which may require the government to put in additional measures to boost revenue mobilisation.

The provisional rebased annual GDP estimate for 2013, which is now the base year, is valued at GH¢123.65 billion.

The 2017 provisional rebased annual GDP, including oil at constant 2013 prices, is now estimated at GH¢145.43 billion.

The services sector continued to be the largest contributor to GDP in 2017 as it contributed GH¢108.69 billion, representing 45.6 per cent of GDP.

This was followed by industry which recorded GH¢79.01 billion, representing 33.2 per cent.

The lowest contributor was the agricultural sector which contributed GH¢50.55 billion, representing 21.2 per cent.

The acting Government Statistician, Mr Baah Wadieh, presenting the revised GDP said the GSS used a lot of data to arrive at the new estimates.

“We use a lot of data from the Ghana Living Standards Survey, the Ghana Labour Force and extensive administrative data from a number of sources,” he stated.

He said the data provided the GSS with a lot of information.