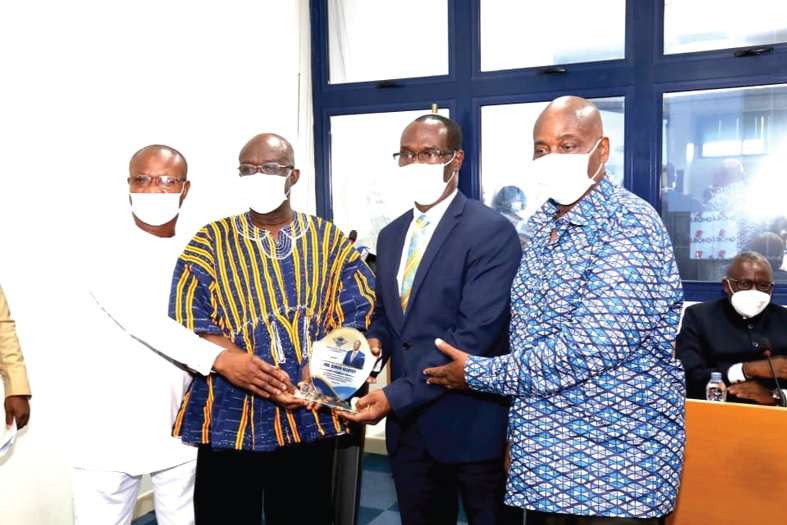 The government has approved concessionary loan packages for seven state-owned enterprises (SoEs) to mitigate the impact of COVID-19 and avoid worker lay-offs.

The package follows a drop in their revenues as a result of the pandemic and the subsequent closure of borders.

The package is a government guaranteed concessionary credit with a moratorium made available by the Consolidated Bank Ghana (CBG) to the SoEs.

The Director-General of the State Interests and Governance Authority (SIGA), Mr Stephen Asamoah Boateng, who confirmed the package to the Daily Graphic yesterday, said the package was part of the supplementary estimates presented to Parliament last week.

He said other SoEs consisting of the Electricity Company of Ghana (ECG), the Volta River Authority (VRA) and the Ghana Grid Company Limited (GRIDCo) had been cleared of their legacy debts in order for them to settle their indebtedness to other players in the energy sector value chain.

The Minister of Aviation, Mr Joseph Kofi Adda, also in an interview with the Daily Graphic on the sidelines of the handover ceremony of the outgoing Director-General of GCAA in Accra last Thursday, confirmed that the government had approved a bailout package for GCAA and GACL.

According to him, the beneficiary SoEs needed to negotiate with the bank to access their funds and added that “I can confirm to you that the government has approved the bailout and it is generally dedicated to maintain the staff from being laid off”.

“As a result, the Ministry of Finance (MoF) agreed on a facility from the CBG in which the SoEs will get enough support to maintain their staff.”

Mr Adda said he could not provide details of the package, because “it is left for the SOEs to negotiate with them”.

He explained that the SOEs themselves, including the GACL and GCAA, had been able to extend other privileges such as waiving landing charges for all flights that used airports.

The minister added that the move was to help alleviate the plight of airlines and other stakeholders in the aviation sector due to the effect of COVID-19 on their operations.

The outgoing Director-General of GCAA, Mr Simon Allotey, confirmed the development, saying, “We thank President Nana Addo Dankwa Akufo-Addo for being sensitive to the challenging situation of the aviation industry. It is not only the GCAA, but the GACL and other agencies are being supported under these difficult times.”

The outgoing Director-General handed over a symbolic key to his deputy, Mr Charles Kraikue, both engineers by profession, to provide access to the authority’s high office.

Mr Allotey bows out after serving Ghana’s public sector for 38 years, out of which 24 years had been in the aviation sector, 10 years in the mining industry and four years in the oil refinery industry.

He wished Mr Kraikue well in his new role as the acting Director-General of the authority.