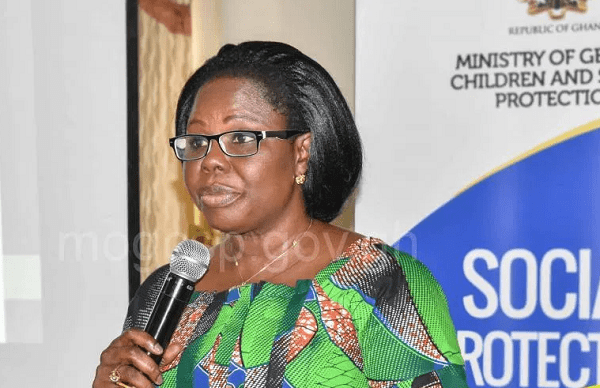 The government will this year inject GH¢200 million into the implementation of the Livelihood Empowerment Against Poverty (LEAP) and GH¢500 million in the School Feeding Programme (SFP) to increase the number of beneficiaries and reduce poverty in Ghana.

It will also provide US$200 for each LEAP beneficiary and equip them with entrepreneurial skills after exiting the programme in order for them to be financially independent.

It is expected that 1. 6 million Ghanaians made up of 350,000 extremely poor households will benefit from LEAP this year, while 2.6 million children are expected to benefit from the school feeding programme.

The Director at the Social Protection Directorate, Ministry of Gender, Children and Social Protection,  Dr Rita Owusu-Amankwa, announced this at the premiering of a documentary on the impact of the LEAP programme in Accra.

The documentary, organised by the IMANI Centre for Policy and Education, a policy think tank, provided an opportunity for stakeholders to understand the impact and challenges of the LEAP implementation in Sissala West in the Upper West Region, Shai-Osudoku District in the Greater Accra Region and Kintampo South District in the Bono Region.

Dr Owusu-Amankwa said each LEAP beneficiary was supposed to enjoy free healthcare under the National Health Insurance Scheme (NHIS) and urged beneficiaries who had not registered under the scheme to do so.

Responding to the assertion that some LEAP beneficiaries walked about 50 to 70 kilometres to collect their grants, she said the Department of Social Welfare, the programme implementers, had set up collection points within a five-kilometre radius.

She said since the implementation of LEAP in 2008, there was no exit plan for beneficiaries, so government was receiving support from the World Bank and the United Kingdom’s Department for International Development (DFID) to re-assess the programme this year in order to implement an exit strategy for beneficiaries.

“The government will also implement a Production Inclusive Capacity Programme where every LEAP beneficiary will undergo entrepreneurial skill training so that they can fend for themselves after exiting the programme,” Dr Owusu-Amankwa stated.

She said the World Bank and DFID were supporting the government to develop an electronic management system known as the Ghana Household Registry to enable the Department of Social Welfare to correctly target households that genuinely needed the LEAP grants.

The Founding President and Chief Executive Officer of IMANI,  Mr Franklin Cudjoe, in a brief remark, said it was imperative for the government to take a critical look at the various social intervention programmes, re-assess the challenges and re-align them to graduate extremely poor households to the arena of economic prosperity.

Mr Cudjoe said while he appreciated the benefits of the various social interventions implemented so far, it was prudent to address the teething challenges and offer management training skills to beneficiaries so that they would live dignified lives after exiting the programmes.