GSE salivates over dawn of an era 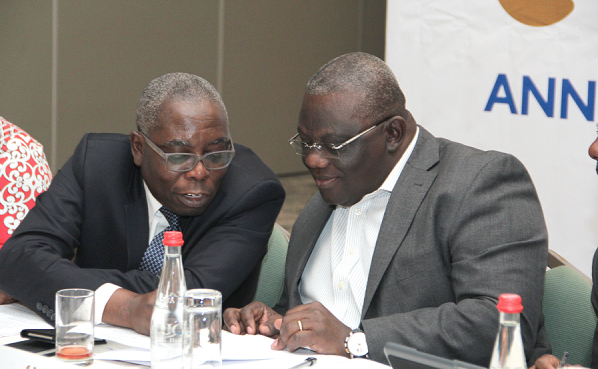 The Ghana Stock Exchange (GSE) is optimistic of achieving in a year what it could not achieve in its 29-year-old history.

By giving five institutions, including MTN Ghana, the nod to raise a total of GH¢4.67 billion on the equity market between now and December this year, the GSE is seeking to almost double the amount raised on the market since 1989, when it first opened for business.

Within the period, all corporate actions yielded a combined amount of GH¢2.48 billion – about 88.3 per cent higher than the amount now planned within this year.

This year’s issues are undertaken by telecom giant MTN and four banks – Access Bank, Agricultural Development Bank, Republic Bank and Societe Generale – which are racing against time to meet the central bank’s new capital demand before the December 2018 deadline.

While admitting the momentous task ahead, the Managing Director (MD) of the GSE, Mr Kofi S. Yamoah, says the local bourse has what it takes to meet the demand in a manner that will prove to pessimists that it has arrived at the table of deep and liquid markets that execute big-ticket transactions.

“It will be good to set that record so we can prove to all who have been asking this question, that the market is deep enough to accept the (initial public offers) IPOs,” he said in an interview.

“At the end of it all, we will have a cause to answer that question, and I believe that we will answer it favourably,” he added.

The Chief Operating Officer of Africa Alliance Securities Ghana Limited (AASG), Ms Enyonam Maria Dagadu, said a successful execution of the planned transactions would set a good precedent for the market and signal to foreign investors that Ghana’s market was deep to support their robust appetites.

“It will be very good. We have had a lot of investors say our market is too small and when you offer them certain stocks they tell you that the size they want, they cannot buy it in Ghana.

“So at this point we will prove to them that you know what, we can raise US$750 million,” she stated in a separate interview.

Why it’ll be successful

Although a sizeable amount, Mr Yamoah said the open nature of the market meant that non-resident investors could join their resident counterparts to make the offers successful.

Like most stock analysts, the GSE MD also pointed to the mounting pension funds – accrued from monthly contributions under the tier two and three – as another reason why raising almost twice of what had been raised in 29 years was possible.

“At the last count, the value under management for private pension funds alone was more than GH¢10 billion.

“As an open market that both resident and non-resident investors alike can participate in, there’s no limit to whatever amount we can handle provided the company gets its act together and investors see it to be a good investment proposition,” he stated.

Since launching the offer on May 29, the company has embarked on a massive public campaign aimed at sensitising the public to patronise it.

Ms Dagadu of the AASG said the campaign should help attract high net worth individuals patronising the company’s IPO.

“We will probably see a lot more high net worth individuals coming up and joining the market, especially when you look at MTN’s campaign.

“MTN is embarking on a massive public campaign and so we are most likely going to have a large number of individual shareholders on their register,” she pointed out.

With a subscriber base in excess of 12.9 million as of September last year, she believes that getting just half of that number to patronise the IPO can boost its success rate.

She also mentioned the pension funds and non-resident investors as key to the success of the offer.

On the combined GH¢4.67 billion issues on liquidity for future transactions, Ms Dagadu states that she does not foresee a liquidity crunch.

“The fact that you have five cedis today does not mean that your five cedis is going to dry up next month. If you have a proper savings plan, you will still have money every month.

“The pension funds will continue to receive funds every month and so it is not something that will dry up liquidity,” she said.