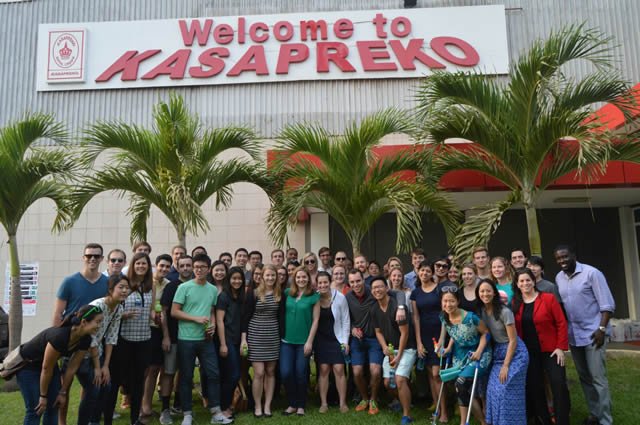 Kasapreko Company Limited, a leading beverage producing company in Ghana, emerged among the Top 25 Most Admired Brands in Africa.

Kasapreko Company Limited beat brands such as Amarula, Jumia, Kenya Airways, Ethiopian Airlines,  Star Beer, KWESE among others, in the categories of Alcoholic Beverages, Retail, Aviation, Food, Media and Personal Care. This was announced at the 7th annual Brand Africa report in Belgium on May 24.

Kasapreko company limited is the only Ghanaian business that made it to the top 25 most admired brands in Africa, according to the report unveiled by Johannesburg Stock Exchange (JSE) in partnership with Geopoll, Kantar, Brand Leadership and Africa Business Magazine.

Brand Africa 100 is a Pan Africa survey and ranking of Africa’s best brand developed by Brand Leadership. The rankings are based on comprehensive survey by Geopoll, a global leader in providing high-quality market research in emerging markets and strategies analysis weighted by consumer admiration and Kantar, the world leading Data, Insight and consulting firm.

Commenting on the award, Mr. Richard Adjei, Managing Director of Kasapreko said: “This honour is dedicated to the hard-working staff of the company, Key distributors and partners for their continuous support and growth to the organisation. He also thanked the customers and consumers of Kasapreko brands on the continent which has seen the company being ranked as the most indigenous Ghanaian beverage provider in Africa.

Mr. Bonsu noted that the flagship brand of the product of KCL, Alomo Bitters which is in its 20th anniversary, is a scientifically formulated herbal alcoholic beverage and has met all international students selling in many countries across the world.