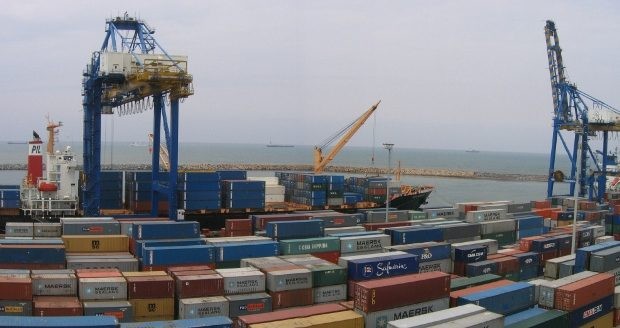 Importers are to benefit from a significant reduction in import volume as the benchmark values used to calculate import duties have been significantly reduced by government effective today, Thursday, April 4, 2019.

Vice-President Dr. Mahamudu Bawumia, who disclosed this at a Town Hall Meeting held in Accra, said the Benchmark price for automobiles has been reduced by 30 percent, while that of all other goods have been reduced by 50 percent effective  today.

The initiative, Dr. Bawumia noted, is designed to reduce the high cost of clearing goods at the country’s ports, boost import volumes, and make the country competitive within the West Africa sub-region.

“The benchmark values applied by Customs to various commodities in the computation of import duties at Tema are much higher than in Lome, Abidjan and Dakar. In many cases they are 100-200 percent higher. If you take for example a Ford Focus 2009 model and you go to Tema, our benchmark would say it is worth US$9,000. If we go next door to Lome, the same car they benchmark at US$3,000; and the same car in Dakar is exactly the same price of US$3,000.

“So, it is a problem, and we end up paying double the duty because the benchmark values are so high vis-a vis Lomé and Dakar,” he said.S

Dr. Bawumia noted that the reduction in benchmark values will expectedly lead to increased container volumes and boost government’s revenue at the country’s ports, as Ghana seeks to catch up with the huge volumes recorded by neighbouring Lome and Dakar.

Since assuming power, there has been a conscious effort by government to reform port processes through implementation of the Paperless Port system at the country’s ports.

A recent review of the paperless port reforms, which have seen a reduction in the number of agencies undertaking joint inspections at the ports from 16 to three (3), played a significant role in the amount of revenue realised last year.

Abolishing the compliance stage of the clearance process — whose function has been taken over by the Customs Technical Services Bureau (CTSB) – also portends a much more perfected process that is able to rake in more revenue for central government.

Generally, revenue has underperformed given the raft of taxes abolished in the 2017 budget. The 11 tax measures announced have denied government about a billion cedis in revenue. However, the paperless port reforms remain a bright spot in the generation of revenue.

Implementation of the paperless reform in September 2015 has led to a significant growth in government revenue, blocked leakages, and led to a reduction in the number of hours it takes to clear goods at the country’s ports.

From recording a revenue of GH₵6.265bn in 2014, the Ghana Revenue Authority’s (GRA) recorded a 19.5 percent increase in revenue in December—four months after the paperless port reforms began.

With large stakeholder buy-in and acceptance of the paperless reforms, revenue increased by 27.6 percent over the 2016 figure to reach GH₵11.435bn as at end of the 2017 financial year.

With near-perfection of the integrated systems of the two existing platforms championing the delivery of ICT needs of the single window – the Ghana Community Network (GCNET) and WestBlue Consulting (Dubai Customs) – turnaround time continues to improve at the country’s ports.