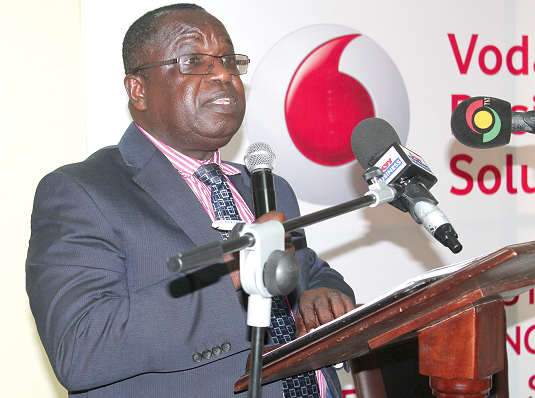 A banking consultant, Nana Otuo Acheampong, has said he is optimistic that the successful completion of the recapitalisation of banks in December this year will place indigenous banks on a firmer footing, capable of offering their customers enhanced services.

He told the Daily Graphic on October 7 that this would place Ghanaian-owned and foreign-owned banks on the same level in the areas of competition and service delivery.

He assured customers of the remaining 13 Ghanaian banks that none of the banks would collapse in the lead up to December 2018.

“They will all be around in one same or form,” he said, explaining that those that would not be able to recapitalise would be guided to merge.

Consequently, he advised customers of the indigenous banks not to desert their banks at a time the banks were being strengthened by the regulator and their own internal structures.

“We are only asking people to look long term instead of short term. At the moment, those withdrawing their money from local banks to foreign ones are only the short-term; they are those asking: ‘Between now and December, will my money be safe?’.

“So come December, when they have all met the recapitalisation and you are going to look for money, you are going to a bank that you already have a relationship with and not a new one. Therefore, we are saying that you are better off staying with your bank,” he said.

He mentioned Fidelity Bank and GCB Bank as two Ghanaian-owned banks that had already met the capital requirement and were well positioned to serve customers better.

He cited the coming into force of the new directive on corporate governance in banks and the new capital adequacy ratio (CAR) of 13 per cent in January next year as two new layers of regulatory directives that would further bolster the operations of Ghanaian-owned banks.

“With these, I am asking depositors to stay loyal to the Ghanaian banks and not move their money elsewhere,” he emphasised.

“The regulator wants to build confidence by having stronger banks and so by December 31 you cannot operate as a universal bank unless you have GH¢400 million.

“Secondly, the regulator has come up with a capital directive that is an enhanced way of calculating CAR by taking into account all the risks involved in running a bank.

“From January 1, 2019 that will kick in and that is another way of restoring confidence in the system,” he said.

Nana Acheampong also mentioned the Deposit Protection Act (2016) Act 931 as another structure that would ensure that vulnerable depositors did not lose their deposits in the event of a bank failure.

Following the collapse of seven banks within a year, confidence in the banking sector and the operations of local banks has fallen.

This has resulted in panic withdrawals, with some customers fearing that a lot more local banks may suffer a similar fate.

Nana Acheampong said such concerns were ungrounded, given the strength of some local banks and the readiness of the government and the central bank to support banks that were in need of finances to recapitalise.

Although he admitted that the current number of Ghanaian-owned banks could reduce by December 2018, he said he did not see the BoG revoking the licences of more banks in the manner it revoked those of the UT and the Capital banks in August 2017 and those of the Sovereign, uniBank, Royal, Construction and BEIGE banks in August this year.

“The governor has also given an assurance that no bank will go through the resolution route between now and December, except that if a bank is not able to raise the capital, it will be forced to merge,” he said.

He revealed that the government had also put aside an unlimited amount of money to be used to support indigenous banks that would require any form of assistance to meet the recapitalisation threshold.

Nana Acheampong explained that by asking depositors not to desert Ghanaian-owned banks, the country was not creating a divide between local and foreign banks but only asking customers to have faith in banks, especially those with majority Ghanaian interest.

Following the consolidation of the five banks this year, the number of indigenous banks dropped to 13.

It is expected that the number will drop further to 12 after the successful merger of Omni Bank with Sahel Sahara Bank.

The foreign-owned banks are currently 17 but the number could drop to 15 following the merger and plans by one of them to exit.