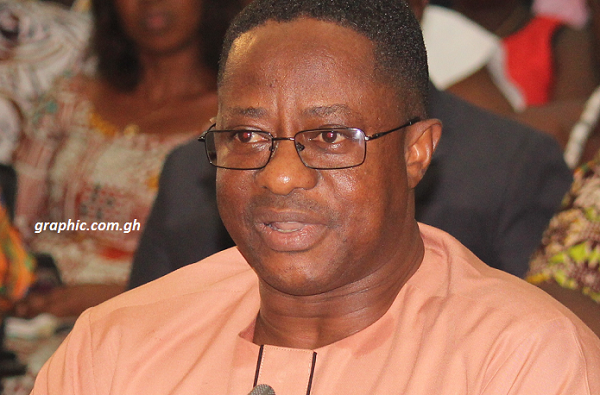 The hope of managers of the country’s oil industry to see Ghanaians play big in the upstream exploration and production sector is becoming illusive, as Ghanaians are yet to trust themselves to form teams and venture into the industry.

That notwithstanding, the search is on to identify bold Ghanaians and groups of investors to enter the space, starting off with five per cent stake reserved for indigenous investors.

Indeed, the indigenes have to understand that, “Behind every sweaty face of cattle rustler is a story of determination and courage.”

However, the famous universal three friends – courage, sense and insight-are yet to find themselves in Ghana as the hydrocarbon economy signals the need for indigenous identity in the industry.

The focus, since its inception, was to encourage Ghanaian ownership; hence the L.I. 2204, which forms part of the effort by governments past and present, resource managers and the regulator to restructure the industry.

Tt is an undeniable fact that oil-producing countries that have been able to command substantial benefits from their natural resources are those that are actually involved, either directly or indirectly, in the exploitation of the resources.

Pursuant to the provisions in the L.I. 2204, bids for oil blocks should have at least five per cent Ghanaian equity participation for petroleum licence, permits and operations.

The current apathy of Ghanaians towards the five per cent interest served to them on a silver platter has the tendency to derail efforts of companies interested in the much advertised allocation of new blocks.

The country’s space saw the entry of ExxonMobil, one of the global majors in oil production, after it signed a deal with Ghana to explore for oil in the Deepwater Cape Three Points (DWCTP) oilfield with 80 per cent interest.

The national oil company, the Ghana National Petroleum Corporation (GNPC), has 15 per cent, leaving a five per cent interest, which is supposed to be filled by Ghanaian private investors.

It is this five per cent which is nuzzling ExxonMobil’s ability to start operation.

The questions is, should ExxonMobil keep the five per cent for Ghanaians or amend the law to pave the way for the company to go ahead with production?

Ghanaian ownership, good move! But are Ghanaians ready to mobilise five per cent of more than $12 billion oil projects and also be ready to respond to pay immediately in future cash call-ups?

The answer to that question should be in the affirmative if only resourceful Ghanaians will avoid being fanatical about being called “Chief Executive Officer” of a simple GH¢100,000 business than joining a $12 billion business.

In a recent trade mission to Norway, presentations by the sector ministry and the petroleum upstream sector regulator resulted in high interest in the three offshore and Voltaian basin blocks.

Managers were upbeat after further details to the industry and re-echoed the fact that the government had completed the mapping of nine additional oil blocks in the Western Region ready for allocation to local and international companies by the last quarter of the year.

The sword of debacles

However, the mandatory five per cent equity participation of Ghanaians for a corporation to be qualified to enter into a Petroleum Agreement or a Petroleum Licence is still a burden.

What happens if Shell, Total Petroleum or BP and others with improved technology decide to move to Ghana to explore for oil, will the LI 2204 mantra delay the process as it is the case for ExxonMobil, which is still scanning the environment to locate that worthy and bold Ghanaian investor(s)?

At a recent sector ministry’s conference for Ghanaian businesses to encourage indigenous participation in the upstream exploration and production, the Director of Local Content at the Petroleum Commission, Mr Kwaku Boateng, said it was possible to have Ghanaians in there through various financing options.

Among the options, he said the government was facilitating the setting up of a special purpose vehicle (SPV) as oil and gas operating company.

The other options included strategic investors such as Ghana Oil Company (GOIL), Social Security and National Insurance Trust (SSNIT) and bulk distributors becoming core shareholders with up to 50 per cent.

The Ghana Stock Exchange, he said, could see the listing of the SPV for Ghanaians to acquire shares in a bid to mobilise the required capital.

Aside from the submissions of Mr Boateng, the country’s downstream, mainly retail of the refined products which existed several decades before the upstream sector emerged, has seen some wasteful investments in fuel stations that do not always bring returns to the owners.

For instance, from Takoradi to Accra or Tema, Kumasi-Accra to Tamale one could count thousands of fuel stations. Some do not even serve more than 10 vehicles in a day, while others have closed down for many reasons.

Considering the capital requirement of setting up standard fuel stations, such resources could be a great solution for the illusive five per cent local participation.

In the upstream support services, hundreds of Ghanaians have registered with the Petroleum Commission in that sector, executing multimillion-dollar deals. But for mistrust among us, they are not able to pool resources to take the jump.

In search of the missing local stakeholders, building trust among these companies could be the first port of call. However, many decide to be in the service industry to support the sector after discoveries are made than taking the risk to explore and produce.

Interestingly, while others are busy supporting with service, others are fronting for service giants by accepting handouts for being partners only on paper.

The quest to own and operate the upstream sector rests in a giant “risky” step to the unknown, but as an African proverb goes, “Whoever stands in need of honey should not be afraid of bees.”