SIGA law gets tough on board members 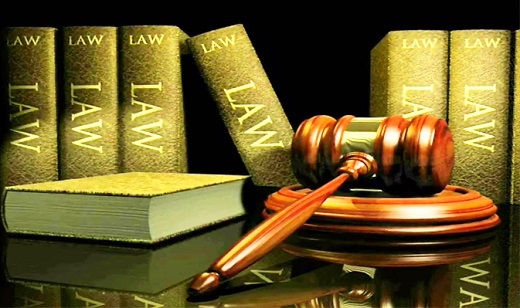 Board members and corporate executives who flout rules and regulations contained in the new State Interests and Governance Authority (SIGA) guidelines will be imprisoned to a term of 10-years maximum.

According to the new SIGA law, Act 990 of 2019, it prescribes tougher administrative penalties for non-compliance with guidelines and the code of practice.

Speaking at the 2019 Policy and Governance Forum and launch of the State Interests and Governance Authority (SIGA) in Accra, President Nana Addo Dankwa Akufo-Addo urged the the Authority’s board to infuse good corporate practices into the management of public sector enterprises to make them productive; as well as work with the respective sector agencies and their boards to assist in moving the country to a situation beyond aid.

On the penalties contained in the Act, he stated: “Another critical provision made under Section 7 of the new Act ensures that the days when board members and corporate executives flouted rules and regulations and were let off the hook are over.

“As per the Act, a member of the board who contravenes sub-section 1 or 2 commits an offence is liable on summary conviction to a fine of not less than 3,000 penalty units, or to a term of imprisonment of not less than five years and not more than 10 years, or to both.”

The foregoing is a strong indication of the extent to which the barometer of corporate governance and executive decision-making has been lifted, he noted.

SIGA law Act 990 of 2019 paves the way for establishing the State Interests and Governance Authority (SIGA) as a single entity.

The enabling Act gives the Authority an extended mandate to not only monitor the performance of State Owned Enterprises (SoEs) and Joint Venture Companies (JVCs), but also streamline ownership issues and aspects of operations for other specified entities – such as governance issues, including regulating institutions.

The establishment of SIGA as contained in the Act will, among others, develop a code of corporate governance to guide and promote sound governance and institutional performance with specified entities; assist the Finance Minister to assess borrowing levels of SoEs in accordance with the Public Financial Management Act, Act 921; and ensure that dividends due the state are paid by specified bodies.

Furthermore, with the coming into force of this body, the statutes which established both State Enterprise Commission and the Divestiture Implementation Committee have been repealed – with all the assets and liabilities transferred to the new entity.

“To the board members and management, I urge you to be the watchdog in ensuring that the institutions under your jurisdictions live up to their expectation and mandates; there should be no reason why SIGA – which has collaborative institutions embedded in almost all critical sectors of the economy such as energy, mining, agriculture, financial and allied services – should be found wanting in the discharge of its mandate,” the president said.

The Acting Director General of SIGA, Stephen Asamoah-Boateng, hinted that the Authority is looking at recapitalising some state agencies by way of converting debts of some SoEs to equity, and also encouraged all CEOs to ensure that they declare dividends.

He also indicated that some proceeds from sales by divestiture will be retained by the state.

Minister of State at the Presidency in charge of SIGA, Dr. Kweku Afriyie, promised to live up to expectations and ensure a viable and transformed Authority.

Prof. George Gyan Baffour, Minister for Planning who spoke on behalf of the Finance Minister, indicated the forum was a historic one as it crowns a five-year reform process to transform SoEs and regulatory bodies.

He also added that the SIGA initiative is timely and resonates with government’s agenda of ‘Ghana Beyond Aid’.

The minister however lamented the inability of some SoEs to provide audited accounts, pointing out that, so far, the Finance Ministry has received financials of 4 SoEs, 5 regulatory bodies, 8 JVCs and 8 mining companies; explaining that “the ministry intends to publish audited data soon.

“It is the expectation that SIGA will work with SoEs to check cost over-runs of SoEs, finalisation of state ownership reports, recommendation of equity studies and others,” he stated.

The World Bank Country Director, Pierre Frank Laporte, also disclosed that, over the years, institutional failures have been the bane of some SoEs, and he is confident the new Authority will spearhead re-energised state agencies and joint venture companies, which will breed professionalism, transparency and efficiency.

Government holds equity interests in about 103 enterprises, including JVCs for which the state has various equity interests – these are in key sectors of the economy such as banking, insurance and allied services, mining, engineering, energy, petroleum and gas and agriculture.

The SoEs and subvented organisations are agencies under different ministries, and as a consequence they operate with different oversight mechanisms. This situation also accounts for the why it has been extremely difficult to have a uniform framework to regularize their activities.