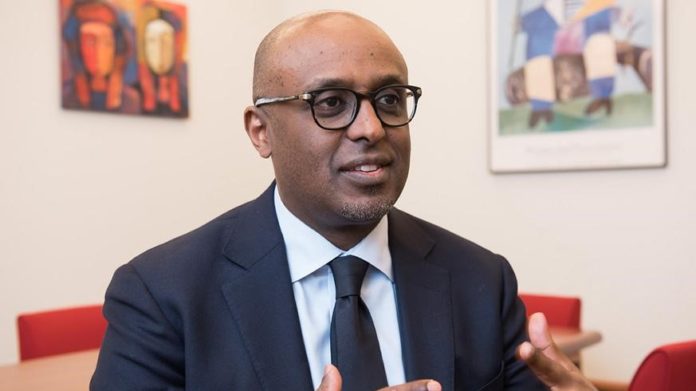 Sub-Saharan Africa is confronting a pronounced rise in public debt. At the end of 2017, average public debt in the region was 57% of its GDP – an increase of 20 percentage points in just five years. While this is well below the peaks of the early 2000s, the current spike is concerning.

Government borrowing to finance public investments is an essential part of any country’s macroeconomic toolkit. Over the last two decades, countries in sub-Saharan Africa have used this option often, greatly improving human development outcomes as a result. For example, between 1990 and 2015 average life expectancy increased, infant mortality rates were halved, secondary school enrolment soared, and infrastructure gaps narrowed. These and other gains would have been impossible without pragmatic spending of borrowed resources.

But this progress could be jeopardised if current debt trends in some countries continue. Africa’s increasing public-debt burden means higher interest costs, which divert resources from education, health care and infrastructure. Therefore, government debt must be reined-in.

According to our most recent Regional Economic Outlook for sub-Saharan Africa, six of the region’s 35 low-income countries (LICs) are in ‘debt distress’, meaning they are unable to service external commitments. A further nine LICs are classified as being at ‘high risk of debt distress’.

In the broadest sense, three factors account for the current debt challenges. For starters, the region’s commodity exporters – and particularly its oil exporters – were hit hard by the 2014-2016 slump in prices. Africa’s lost output and associated debt increases are comparable to the experience of advanced economies following the global financial crisis. Today, eight of the region’s fifteen debt-troubled LICs are commodity exporters.

Additionally, most countries that funded development and infrastructure through borrowing have failed to generate sufficient additional tax revenues to repay the debt. In many cases, countries have not been effective at capturing the return on their investments through their tax systems.

Finally, in many sub-Saharan countries, portions of the debt build-up can be traced to shocks in the migration of liabilities – such as losses by state-owned enterprises – to the public-sector balance sheet and exchange-rate depreciations. In a handful of countries, poor governance can also be blamed for unsustainable debt practices.

As we have been saying for some time, if governments stick to their medium-term fiscal-consolidation and reform plans, debt levels should stabilise or decrease, alleviating debt-related challenges. However, the required adjustments have been delayed repeatedly – owing to political constraints, social pressure for much-needed development spending, and favourable external financing conditions.

This is a recipe for long-term pain; there is no scope to delay the adjustment any longer. As countries work to meet their development goals, it is essential that they move debt sustainability to the top of the policy agenda. But how?

For this to happen, four key areas will need special attention, depending on country-circumstances. First, in resource-intensive countries – especially the region’s eight oil exporters – fiscal consolidation plans must be enacted without delay. This should be coupled with economic diversification, for which the recent recovery in commodity prices provides wider scope.

In much of the rest of the region, the required fiscal adjustment is more modest and can be achieved through steady increases in tax revenues. In most cases, there is potential to raise revenue by 3-5 percentage points of GDP over the next few years. Reaching this level will require broadening the tax base, streamlining exemptions, and strengthening the administration of value-added tax.

Third, efforts should be made to account for off-balance-sheet risks, improve debt-management capacity, and enhance data coverage of debt and debt exposure.

And, fourth, governments must improve prospects for private investment. For decades, public expenditures offset low levels of private investment. But, faced with growing public-debt vulnerabilities, it is unclear how long this trend can continue. Sub-Saharan Africa’s economies should orchestrate a transition from public to private investment by strengthening regulatory and insolvency frameworks, increasing intra-African trade, and deepening access to credit.

Sub-Saharan Africa’s public-debt burden has not yet hindered investment demand. On the contrary, as a measure of GDP foreign financial flows to Africa are higher than those to emerging markets, and they come from a broader range of sources. So-called frontier economies have issued record levels of sovereign bonds, while bilateral creditors, like China, continue to invest heavily.

But, as we have seen recently, capital flows are fickle; and if Sub-Saharan Africa is to take full advantage of the current global economic upswing, policymakers must tackle public-debt vulnerabilities head-on while they can. Doing nothing will only constrain the region’s tremendous potential to achieve sustainable and inclusive growth.