Canned goods, others barred from warehousing 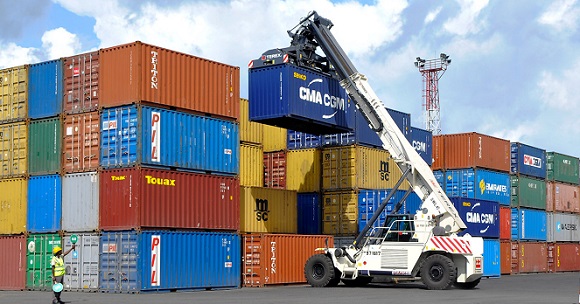 Importers of consumables such as canned fish and drinks, cooking oils and tomato paste will have to get duties on those items paid upfront and have them cleared from the ports, as they will no longer be eligible for warehousing – effective November 1, 2018.

Two other items which can no longer be warehoused as per the directive are ethanol and lead-acid batteries.

A Principal Revenue Officer at the Ghana Revenue Authority, Mr.  Ernest Appiah-Boakye who disclosed this to the B&FT at a tax education forum in Accra, said the decision was made primarily to curtail instances when duties on such items get locked up in bonded warehouses.

He said: “I’m not privy as to why those six items will no longer be warehoused, but it is a directive from the Commissioner-General; perhaps an abuse of the system has been detected or government does not want its duties to be locked up in the warehouses.

“What this means is that when the goods arrive, you [the shipper] are not going to lock up government’s revenue from them in the warehouses. You pay the duties on them there and then for government to get its revenue.”

The warehousing regime allows imported goods, or locally produced goods on which duties are yet to be paid, to be lodged or stored in a bonded warehouse under Customs procedure.

The warehousing regime, as a Customs procedure, allows a shipper to lodge his/her consignment in a bonded warehouse for the period until he/she can provide market for the goods or solicit funds to pay all applicable duties and/or charges.

From there, the goods can either be released onto the market, ex-warehoused for re-export, or even supplied to Free Zones companies that need such raw materials/items.

Three categories of goods permitted to be warehoused under the current regime are perishable goods, general goods and raw materials.

According to Mr. Appiah-Boakye, much as government wants to give some breathing space to importers of such items regarding payment of duties, there might be genuine reasons for such reliefs to be revoked.

“There must be some underlying cause; it may be due to the fact that it locks up government’s revenue or there is a fallout that can no longer allow those items to be warehoused.

“It was a sovereign gesture to give some relief to the shipper, but perhaps there are genuine reasons for the directive,” he indicated.

The Ghana Revenue Authority (GRA) has commenced a public forum to educate taxpayers in the Northern part of the country on a new tax law.

The forum was aimed at sensitising the public on certain tax programmes of government to improve voluntary compliance in the country.