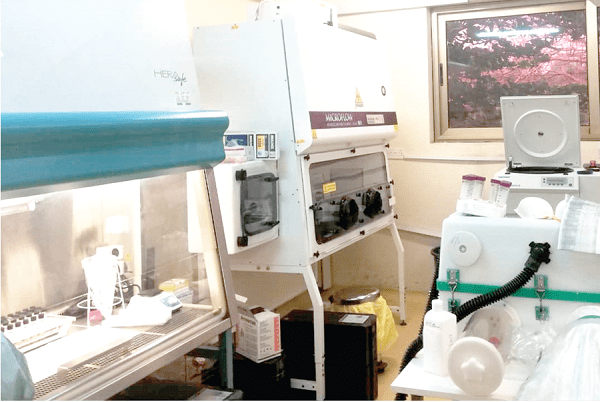 The German government is supporting Ghana’s COVID-19 response with up to €13.4 million. The amount will cover the funding of a COVID-19 Unit at the Effia Nkwanta Regional Hospital in Takoradi.

The German Ambassador to Ghana, Mr Christoph Retzlaff, told the Daily Graphic in Accra that an eight-bed facility had already been established and furnished with medical equipment as a Severe Infectious Disease Unit.

With the support of the Western Region Coordinating Council and the Regional Health Directorate, he said the facility had currently been refurbished to increase the ward capacity to 25 beds, including an intensive care unit.

In addition, the ambassador said, ventilators would be procured, while training on the installation and use of the equipment would be provided to personnel.

The unit, he noted, was expected to serve as a resource centre for medical training to health officials in Ghana and within the Economic Community of West African States (ECOWAS) sub-region.

Mr Retzlaff said the measure is implemented by GIZ and funded with €300,000 by the German government (German Federal Ministry for Economic Cooperation and Development — BMZ).

The ambassador said the Ghana Revenue Authority (GRA), the Kumasi Centre for Collaborative Research in Tropical Medicine (KCCR) and the GIZ Governance Programme, which is funded by the German government under the support amount, had joined hands to increase Ghana’s capacity to test for COVID-19 infections even in remote areas with limited access to laboratory capacities.

GRA is temporarily repurposing its two mobile laboratory vans which are usually deployed by the Customs Division to test and classify incoming goods at Ghana’s borders.

The ambassador said the KCCR will provide its experts and equipment, while GIZ procures additional equipment and materials with an amount of up to €100,000.

The vans will be sent to remote (potential) hotspot areas of the outbreak to conduct COVID-19 tests on-site to minimise the time span between collecting samples and receiving results, to reduce the risk of further infections.

Mr Retzlaff said the Noguchi Memorial Institute for Medical Research of the University of Ghana would also be supported to increase its testing capacity through the provision of COVID-19 test kits and also support the Ghana Police Service with personal protective equipment (PPE) through the GIZ-implemented Police Programme.

He disclosed that the German government support was also going to the District Assembly Common Fund Responsive Factor Grant (DACF-RFG) as a key Development Partner, with €10.5 million towards the implementation of immediate response measures at the district level throughout the country.

As part of the measures, the ambassador said, the German government, through its Federal Ministry for Economic Cooperation and Development (BMZ) and implemented by the GIZ, was also supporting a mobile app through which citizens could contact medical experts without the risk of becoming infected or spreading the infection, with €200,000.

The app, which is meant to reach at least 500,000 citizens, provides a first contact platform to pre-screen suspected COVID-19 cases, he added.

It will be used as a safe means of contact between patients in home quarantine and medical experts for case monitoring and it will be applied to follow up the health status of recovering patients, he explained.

He said data collected by the app may later on be used for scientific follow-up on the pandemic.